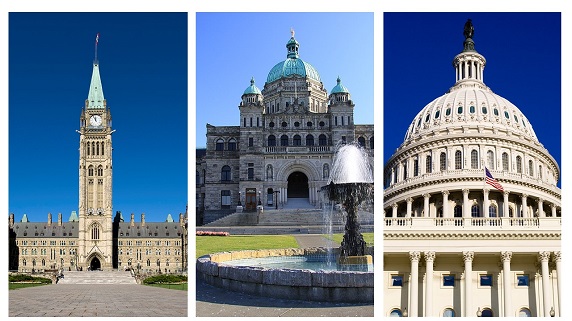 Although the next round of Columbia River Treaty negotiations has not yet been scheduled, Canada, B.C., Columbia Basin Indigenous Nations and local governments are busy advancing work to strengthen Canadian positions and make improvements in the Basin.

The Canadian negotiating team is awaiting word from their American counterparts regarding when the next round of negotiations will take place, as well as a response to the proposal Canada tabled at the 10th round of negotiations in June 2020.  That proposal, outlining a framework for a modernized Treaty, was developed collaboratively by Canada, B.C. and Basin Indigenous Nations.  Given the change in U.S. administration and other U.S. priorities such as COVID-19 response, the delay is not unexpected; however, negotiators are hopeful that the talks will resume soon. 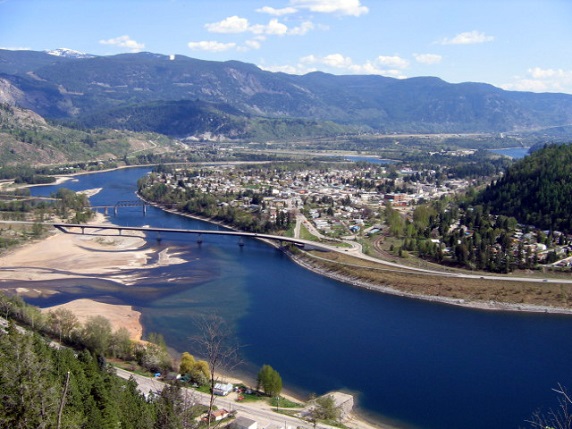 Participation in the Province’s virtual town hall this February suggests that interest in the Columbia River Treaty is as strong as ever.  More than 200 people joined the evening Zoom meeting, from both Canada and the U.S.  A YouTube video of the event has racked up more than 1,700 views at the time of this Newsletter’s publication.  Planned as a two-hour event, the town hall stretched out to nearly three hours, as presenters stayed late to answer questions from those watching and listening.

Since in-person, community-level meetings aren’t currently possible, the virtual town hall was organized to give people from across the Columbia Basin and beyond a chance to hear from, and ask questions of, Canadian negotiators, Indigenous Nations, local government representatives and others involved in efforts to modernize the Columbia River Treaty.  This wide-reaching approach provided an excellent opportunity for folks across the vast region to hear each others’ interests and perspectives. 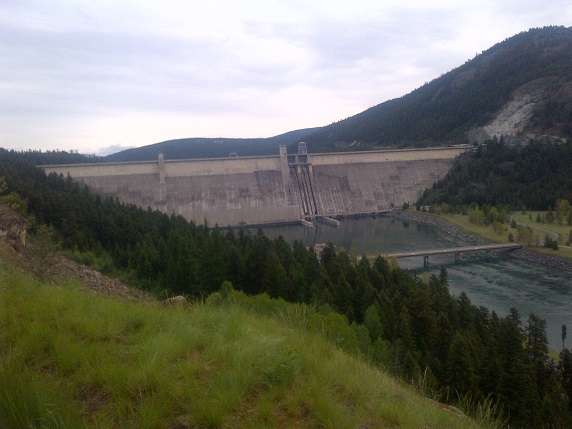 Exploring the feasibility of building a weir on Koocanusa Reservoir

An upcoming report by the Province of B.C. will summarize recent efforts to explore the feasibility of building a weir across Koocanusa Reservoir, along with the Province’s assessment of the issue.

In 2019, a group of local residents petitioned the B.C. Columbia River Treaty Team to consider building a weir across the reservoir, in order to maintain a higher minimum reservoir elevation from May to September.  The request was due to ongoing concerns about summer changes to Koocanusa water levels and their impact on recreation and tourism on the Canadian side of the reservoir.  Water levels rise and fall as a result of the U.S. Army Corps of Engineers’ operations at Libby Dam on the U.S. side of the border.  The Province commissioned an independent study by BGC Engineering Inc. that took a preliminary, high-level look at both positive and negative impacts and costs of the proposed water control structure.

BGC’s report concluded that while building a weir could improve recreation and tourism opportunities on the Canadian side of the border, it may have a negative effect on hydropower generation, fisheries and flood management in the U.S., as well as downstream along the Kootenay River in B.C., depending on whether reservoir elevations would be maintained annually or seasonally. 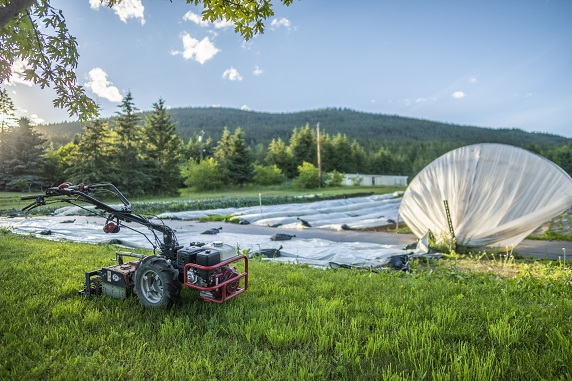 Throughout the Province’s Columbia River Treaty consultations, beginning in 2012 and continuing to the present, Basin residents have spoken of agricultural losses sustained when valley bottoms were first inundated.  Basin residents have indicated that support is needed for accessing land, financial aid for sustainable farming, irrigation, and dikes.  To help address these concerns, the B.C. Treaty Team investigated existing federal, provincial and regional agriculture programs and initiatives with the potential to help address some of the identified interests.  They found over 30 programs.

A table has been developed to present the information gathered during the investigation, with agricultural needs and issues displayed in one column and matched to existing federal, provincial and regional agricultural programs and initiatives in the second column. 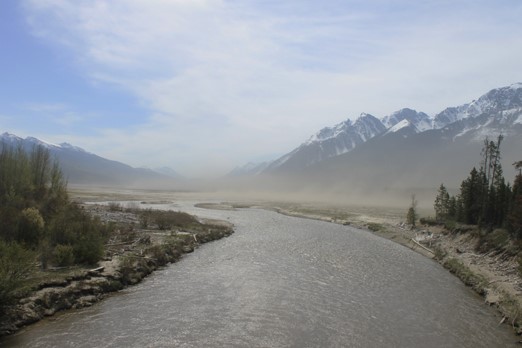 Negotiating a transboundary water treaty is a complicated undertaking.  There are many different, often competing, factors to consider.  As Canada, B.C. and the Columbia Basin Indigenous Nations collaborate on positions and options for a modernized Columbia River Treaty, a new computerized model aims to help them understand just how these factors are interconnected.

The project is the work of the Columbia River Treaty Negotiation Advisory Team (NAT), a group with representatives from Canada, B.C. and Basin Indigenous Nations that provides advice and information to Canada’s negotiating team.  A technical working group reporting to the NAT has customized a computerized river management model to determine how different Treaty dam operations would affect ecosystems, Indigenous cultural values, power generation and the social and economic health of communities.  This model will help Canadian negotiators see how U.S. proposals for Treaty changes could impact Basin interests, and explore what level of flexibility is needed for Canadian operations to improve conditions in B.C. 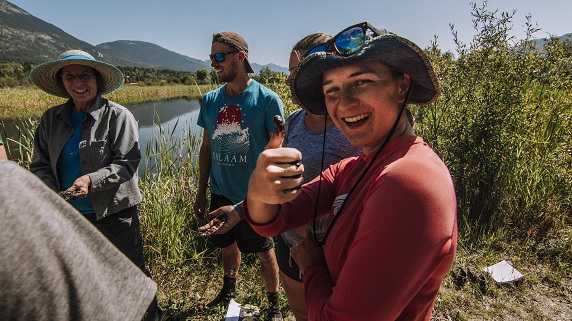 Hello! My name is Ali Giesbrecht.  I am a 20-year old resident of Cranbrook.  In 2018, I was a student in the inaugural year of Wildsight’s Columbia River Field School.  Going into the trip, I had little to no knowledge about the Columbia watershed or the Columbia River Treaty.  I had also never been canoeing and camping for so long before, and I knew none of the students or leaders on the trip.  So, I was very nervous.  Little did I know how much this two-week adventure was going to change my life.  Throughout the trip, I built a strong connection to the Columbia River.  Paddling several different sections (free flowing and dammed) really helped me to form a well-rounded understanding of why the Columbia is such an important river.  I had the privilege to witness its beauty in many forms, such as the wildlife and aquatic life, its geography, human connections with the watershed, and special locations like the headwaters and its confluence with the Kootenay River.

I also really enjoyed talking to biologists, artists, dam employees, Indigenous leaders, government officials, and many other Basin residents along the way (to name just a few).  It helped me form a well-rounded opinion of the Columbia River Treaty and how it has shaped this region.  The end of the Field School also featured a mini-conference with many guest speakers that focused on the importance of youth voices like mine. 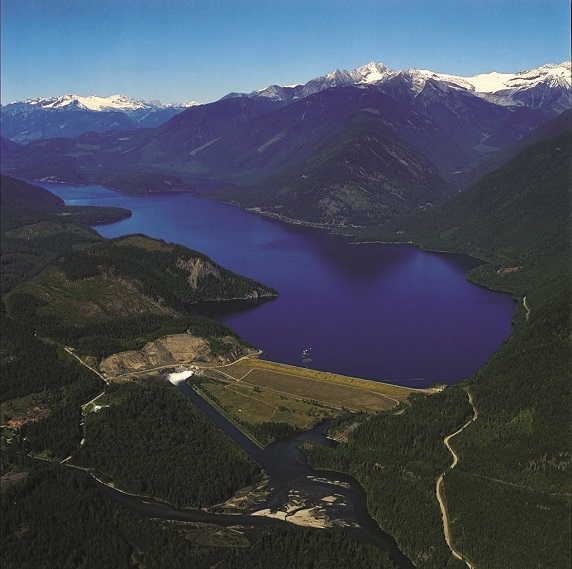 Treaty Fact: How is climate change being considered in the Treaty, now and in the future?

The topic of climate change is an increasingly important aspect of the Treaty, and factors into several key areas of work.

Climate change is interwoven in negotiations between Canada and the U.S. on modernizing the Treaty.  Both the BC Decision and the U.S. Regional Recommendation on the future of the Columbia River Treaty highlight the need to consider climate change impacts in the Columbia River Basin.  These documents guide the Canadian and U.S. negotiating teams, respectively, in their discussions.

In British Columbia, climate change data is part of the Indigenous Nations-led work currently underway to explore how to enhance ecosystems across the Basin.  A presentation describing this significant process can be seen on the Columbia River Treaty website.  These efforts are informing the Canadian negotiating team’s discussions about how to include ecosystems in a modernized Treaty, and what level of flexibility is needed in the Treaty so B.C. can adapt dam operations to future uncertainties, particularly in terms of climate change.

BC Hydro, the Canadian Entity responsible for implementing the Treaty in B.C., works closely with the Pacific Institute for Climate Solutions at the University of Victoria, which provides frequently updated data on climate change projections for B.C.  This data helps BC Hydro in planning future Treaty dam operations.