Columbia River Treaty in the time of COVID-19

Kathy Eichenberger, Executive Director of the Provincial Columbia River Treaty Team, has shared the following message about how work on the Treaty is proceeding during the COVID-19 pandemic:

As the situation around COVID-19 evolves, work on the Columbia River Treaty continues.

Though the next round of Canada-U.S. negotiations has not yet been scheduled, Canada, B.C. and Columbia Basin Indigenous Nations are collaborating through remote technology to refine Canadian positions and advance ecosystem function work.

Our thanks to all of you who are navigating this challenging time with patience and understanding.  We also deeply appreciate the resolve of our Indigenous Nations and federal government partners to keep moving forward with the Treaty modernization process. 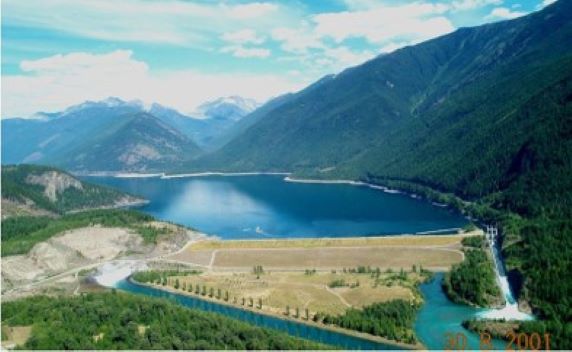 On March 11 and 12, 2020, the week before COVID-19 international travel restrictions were put into place, Canadian and American negotiators reconvened in Washington, D.C. to continue discussions about a modernized Columbia River Treaty.  This was the ninth round of talks since negotiations started in May 2018.

The two countries returned to the key themes of flood-risk management, power generation and ecosystem function, and exchanges were more focused and comprehensive.

Katrine Conroy, B.C.’s Minister Responsible for the Treaty, described how the discussions are evolving.  “The negotiations so far have really been about Canada and the U.S. getting to know each other's priorities and positions around various things relating to the Treaty.  They are at a point now of getting into the details of it all.  The conversations are getting more specific and challenging.”     Read more 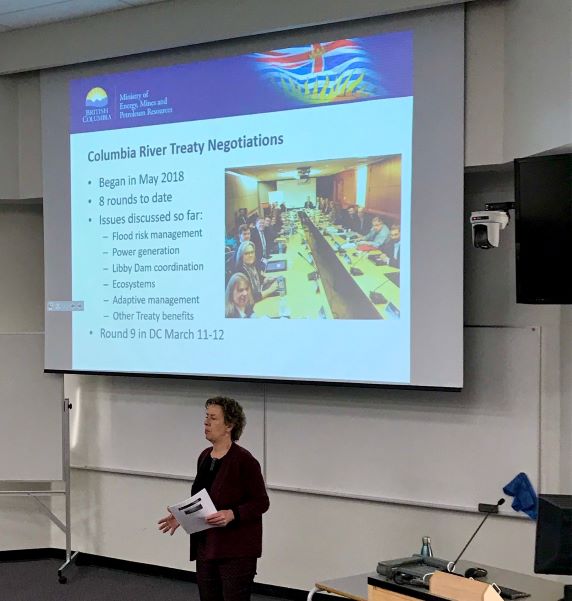 Kathy Eichenberger, Executive Director of the B.C. Treaty Team, delivers a presentation at the College of the Rockies

On March 3, 2020, students and faculty at the College of the Rockies and people from the Ktunaxa Nation gathered at the college’s Cranbrook campus to learn about the Columbia River Treaty and share their thoughts on some of the key issues.

Ktunaxa Nation Council Chair, Kathryn Teneese, opened the session by providing welcoming remarks. Kathy Eichenberger and Brooke McMurchy of the B.C. Treaty Team shared details about the history of the Treaty, B.C.’s engagement with Basin communities and Indigenous Nations, and the current Canada-U.S. negotiations.  Bill Green of the Ktunaxa Nation Council spoke about the work being led by Basin Indigenous Nations that is seeking to enhance ecosystems and explore reintroducing salmon to the upper Columbia River.  Sandra Luke, Councillor with Yaqan Nukiy (Lower Kootenay Band) closed the session by sharing the Ktunaxa Nation’s perspectives on the Treaty negotiation process.  Read more

In October and November 2019, the Province of B.C. hosted a series of meetings in 12 communities across the B.C. Columbia Basin.  A full report will be published this June, summarizing these gatherings and capturing the presentations, feedback and discussions that took place in Revelstoke, Valemount, Cranbrook, Jaffray, Creston, Golden, Invermere, Genelle, Nelson, Meadow Creek, Nakusp and Fauquier.

The meetings served to update communities about the current Canada-U.S. Columbia River Treaty negotiations and offered a chance for Basin residents to connect face-to-face with members of the Canadian negotiating team, including the Indigenous Nations observers who became part of the negotiating contingent in 2019.  Representatives from the Ktunaxa, Secwepemc and Syilx/Okanagan Nations led discussions about work currently underway to address Basin ecosystem health and explore reintroducing salmon to the upper Columbia River.  The B.C. government’s Columbia River Treaty Team concluded the meetings by detailing various community projects in development to address some of the issues raised by Basin residents over the years.  One of the main initiatives described was the Columbia River Treaty Heritage Project, a proposed tourism route that would highlight regional stories related to the Treaty in an effort to acknowledge how the Treaty has affected the Basin.     Read more 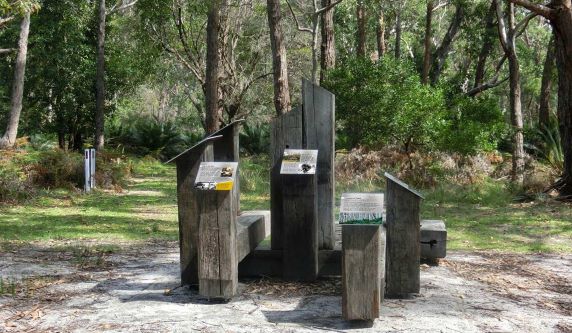 During the Province’s Columbia River Treaty community meetings, which began in 2012/13 and continued in 2014, 2018 and 2019, residents and Indigenous peoples shared how implementation of the Columbia River Treaty impacted Columbia Basin people, communities and the environment.  They felt these impacts and the losses resulting from the Treaty dams should be acknowledged in some way.

The CRT Heritage Project is a proposed touring route that links a series of information stops at key locations throughout the entire Columbia Basin.  The information stops communicate Indigenous and non-Indigenous place-based stories of impacts and losses due to Columbia River Treaty implementation.  Basin communities will be consulted and will decide which stories they want to include in the project and how those stories will be expressed.  A marketing campaign will focus initially on B.C., and later Alberta and U.S. states impacted by the Treaty.     Read more 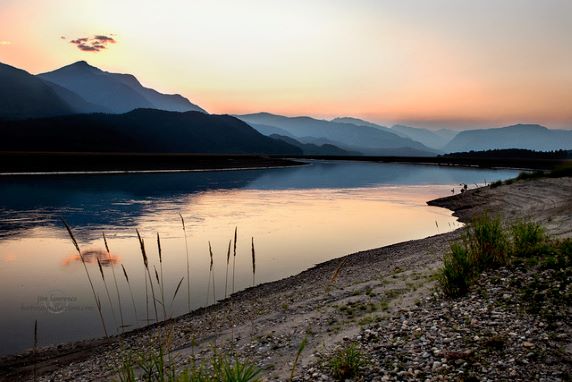 UCBEC’s primary focus is to improve the function of Canadian ecosystems impacted by dams and reservoirs in the Columbia Basin, including those in terrestrial, aquatic and riparian/wetland realms.  The group is involved in a range of collaborative initiatives, both governmental and non-governmental, and has presented technical proposals at numerous conferences and workshops to expand public discussion on improving ecosystem function in the UCB.

UCBEC sees ecosystem function as the combination of all processes in an ecosystem and how they work together, and ecosystem services, a subset, recognized as beneficial to humans.  Ecosystem function has been impaired in the UCB due to severe impacts from dam construction and operations.  Processes affected include primary production, reproduction, migration, and production of upland, riparian, wetland and aquatic habitats for ungulates, birds, reptiles, amphibians, fish and invertebrates.  UCBEC’s emphasis on improving ecosystem function signals a desire to restore these basic ecosystem processes wherever possible.  Read more 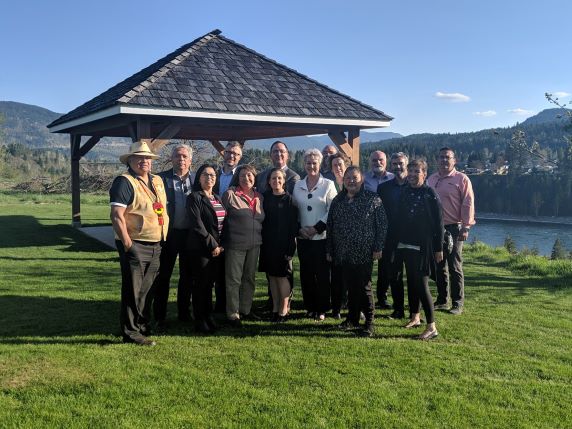 Treaty Fact: What is the Role of Indigenous Nations in the CRT Negotiations?

The presence of Columbia Basin Indigenous Nations as observers at the Canada-U.S. negotiations is an important and unprecedented step in demonstrating Canada and B.C.’s commitments to the United Nations Declaration on the Rights of Indigenous Peoples and to both governments’ journey towards reconciliation.

On April 24, 2019, the Honourable Chrystia Freeland, then Minister of Foreign Affairs of Canada, announced that representatives of the Ktunaxa, Secwepemc, and Syilx/Okanagan Nations would participate as observers at the Canada-U.S. Columbia River Treaty negotiations.